The venue for ICIS 2022 is Bella Center Copenhagen which is Scandinavia’s second largest exhibition and conference center. The venue offers more than 100 meeting rooms, plenaries, conference halls, and up to 65,000 sqm of exhibition space.

Bella Center Copenhagen is easy to reach with a location just 6 km from the airport and 6 km from the city center with the metro connecting 24/7 from its own metro station. Located in one of Copenhagen’s newest neighborhoods, Bella Center Copenhagen is surrounded by a large recreational area, Amager Fælled, which is perfect for a stroll and a morning run. Delegates can also go for a round of golf on the nearby royal golf course or shop in one of Scandinavia’s largest shopping centers, Field’s.

AC Bella Sky Copenhagen is the official conference hotel for ICIS 2022 and is located just steps from the conference center. 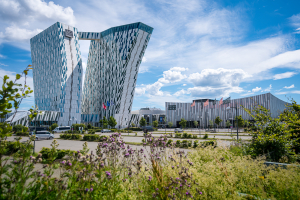 IT University of Copenhagen (ITU)

The IT University of Copenhagen (ITU) was established in 1999 and is Denmark’s leading university focusing on IT research and education. We deliver state-of-the-art teaching and research within computer science, business IT and digital design.

Our ambition is to create and share knowledge that is profound and leads to ground-breaking information technology and services for the benefit of humanity.

The university collaborates closely with industry, the public sector and international researchers and is characterized by a strong entrepreneurial spirit among students as well as researchers.

Please note: Saturday, December 10 – Majority of the SIG/ancillary meetings will be hosted at ITU.

CBS is Denmark’s largest educational and research institution within the social sciences and business economics in the broadest sense. The university focuses on creating business-relevant educations and continuing education programs for especially the private but also the public sector. CBS holds ‘The Triple Crown’ accreditation (AACSB, AMBA and EQUIS), an acknowledgement only shared by around 50 business schools worldwide.

CBS has a special responsibility for imparting knowledge and new ideas to the business leaders of the future and to society in general. The Department of Digitalization focuses on how digital technologies are changing business and society. This is reflected in teaching and research activities, as well as externally funded research projects and ongoing engagement with external partners.

All educational programs at CBS are based on a strong and internationally recognized research base, which CBS consistently focuses on strengthening. CBS has both a Center of Excellence (fundamental research centre), which is financed by Denmark’s Basic Research Foundation, and CBS has received five European Research Council Grants.

As a state-financed independent institution, CBS receives the majority of its funding base from the state. The state grants for the university sector mainly consist of an activity-based education grant and a basic research grant, which to a large extent has historically been determined for the individual university. CBS receives almost 2/3 of its income base from educational activities.

Please note: Saturday, December 10 – A few SIG/ancillary meetings and Paper-a-Thon will be hosted at CBS.

Øksnehallen was built in 1879 and is now an elegant and historical building located right in the centre of the lively old Meatpacking District of Copenhagen. Renovation of Øksnehallen commenced in 1993, transforming it into a venue for cultural events and exhibitions over the course of 1996 where Copenhagen was the European City of Culture. Øksnehallen has been part of DGI Byen since 2005. Today, the hall hosts a great variety of events such as congresses, dinners and trade fairs, but it is also known for its tremendous photo exhibitions. 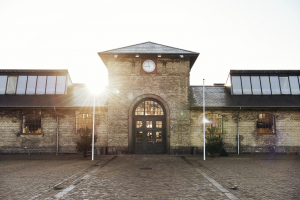 Traveling between the venues by metro can be easy with the M1 line (green line) being the only metro connected to Bella Center station and Bella Center Copenhagen being next to it.

Click here for an overview of the metro lines.

From the airport, there’s only one metro line, the M2 (yellow line). Travel with the M2 from Copenhagen Airport for seven stops to Christianshavn station, then change to the M1 line (direction: Vestamager) and take four stops to the Bella Center station.

From the airport, there’s only one metro line, the M2 (yellow line). Travel with the M2 from Copenhagen Airport for seven stops to Christianshavn station. Then change to the M1 line (direction: Vestamager) and take two stops to the BR Byen metro station. Leave the train, follow the canal northwards until you cross a street and see the front entrance to the university. 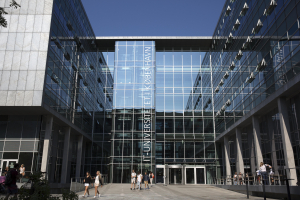 From Bella Center Copenhagen to the IT University of Copenhagen (ITU)

From Bella Center metro station, take the M1 two stops to DR Byen metro station. To get the IT University of Copenhagen, follow the canal northwards until you cross a street and then you will see the front entrance to the university.

From Bella Center metro station, take the M1 eight stops to Frederiksberg metro station and exit the metro satiation. The university is located right next to the station exit. 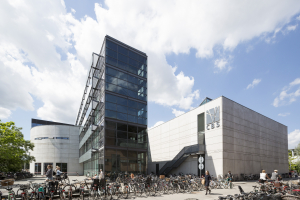 From Bella Center Copenhagen to Øksenhallen

From Bella Center metro station, take the M1 five stops to Kongens Nytorv metro station and switch to either the M3 (red line) or M4 (blue line) three stops to København H / Central Station. From there, exit the metro station and walk down Halmtorvet for five minutes. Turn left when you see a building named Husets Teater and follow the road to arrive in front of Øksenhallen.